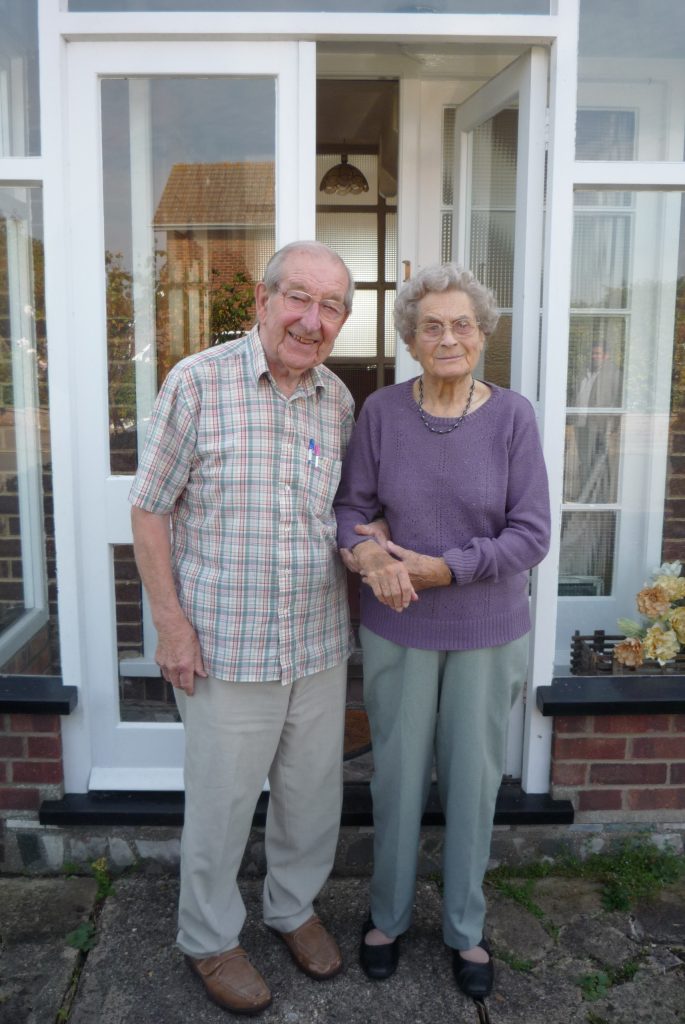 As I was writing a Christmas card for my old friends David and Marjorie Hylton I did an internet search, as I hadn’t been in contact for a while. This brought me to the obituary for David Hylton in the Echo.

David Edmund HYLTON Formerly of Leigh on Sea. Passed away peacefully at his home in Bedford on 4th December 2016, aged 93. He taught at King John School for 30 years before retiring and moving to Hawkwell in 1984. David was a committed Christian, devoted to his Family and to each Church he belonged to. He will be missed by all who knew him. Funeral service will take place on Monday 19th December, 12.30pm at Bromham Baptist Church, Bromham, Bedfordshire MK43 8LJ. Family flowers only or donations if desired to Aid 4 Romania, one of David’s favourite charities.

So today, at 12:30 (UK) the funeral service will be held at Bromham Baptist Church.

I met David and Marjorie when I was in Hull as an exchange student in 1987, doing a half-year internship at the Biochemistry department at Hull University. During that time, my vague notion of Gods existence became a living faith: I accepted Christ as my saviour.

This happened because of the witness of fellow students from Hull University Christian Union and a lab technician, Cathy Page, who was a rather vocal Christian in an otherwise sceptic environment. Cathy invited me to an Easter service at North Hull Community Church and I stayed there for the rest of my time in Hull.

This is where David and Marjorie took me under their wing. The church had a kind of ‘mentoring system’ for students, and they got me. David had retired shortly before we met, and they had moved to Hull as they felt God wanted to use them there. One thing that I’ve always remembered is the impression it made on me as a 22 year old student and new Christian to meet a couple of pensioner who’s faith was still so vibrant. This showed to me that this new found faith of mine could last a lifetime! Ever since meeting them, I have felt the importance of having all the different generations in church. We need them all! In this way, David and Marjorie are still an inspiration to me, at 51.

After the internship, we kept in touch, mainly through letters exchanged in the Christmas period. But when I went to a conference in Cambridge in 2014, I stayed on a bit longer to visit them in Bromham, near Cambridge, where they had moved since.

When I met them again in Bromham, their faith and love were as strong as I remembered from my time with them in Hull. They inquired after my wife and children and asked how they could pray for us. When I left for the airport, they went to a house group or prayer meeting. Marjorie was all but blind then, and the house seemed not that suitable for them. Half a year later, I received an email saying they’d moved to Bedford. I am so glad I was able to visit them at that time.

I have now learned from the Bromham Baptist Church Office that they had recently moved to a nursing home, where Marjorie still lives. My prayers are with her and her family.